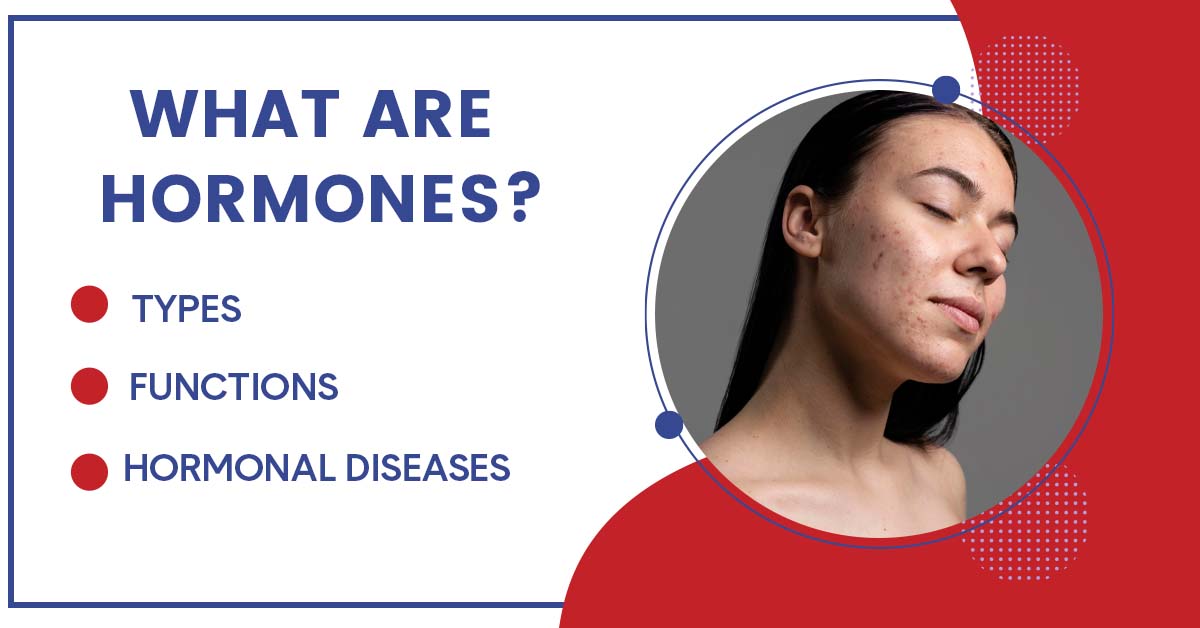 Hormones are chemical messengers that help your body’s many systems work together. Your endocrine system is made up of several glands, organs, and tissues that produce and release a variety of hormones.

These messages instruct your body on what to do and when. Life and wellness depend on hormones. There are currently approximately 50 hormones known to science in the human body.

What is the Function of Hormones?

The following are a few crucial jobs that hormones perform:

Your body communicates in two different ways through hormones.

An endocrine gland and a target organ converse with one another in the second sort of communication. As an illustration, consider the time when your pancreas secretes insulin, which subsequently helps your muscles and liver metabolize glucose.

Amino acids make up peptide hormones, which are soluble in water. The cell membrane comprises a phospholipid bilayer that prevents any fat-insoluble compounds from diffusing into the cell, preventing peptide hormones from passing through the membrane. The pancreas makes the significant peptide hormone insulin.

Which Tissues or Glands Make Hormones?

The majority of the hormones in your body are produced and released by specialized glands that are part of your endocrine system. An organ that produces hormones, digestive fluids, sweat, or tears is referred to as a gland. An endocrine gland directs hormones into the bloodstream.

The glands in your endocrine system are as follows:

Glands and Hormones secreted by them

Which Diseases are Caused by Hormone Issues?

Numerous illnesses are caused by hormonal imbalances. When hormone levels are too high or too low, there are symptoms and health implications. Often, treatment is necessary for these imbalances. In terms of hormone-related conditions, the following are the most prevalent:

Diabetes is a disorder that results in elevated blood sugar levels because the body is unable to make or use insulin effectively enough to control glucose. Type 1 and type 2 diabetes are two of the most prevalent varieties.

Diabetes results in the following symptoms:

The majority of diabetic therapies include medicine with lifestyle changes. To help control their glucose levels, people with diabetes may need to take daily insulin treatments.

When the thyroid gland generates too many hormones, hyperthyroidism develops. There are several potential explanations for the disorder, such as Graves’ disease or thyroid gland inflammation.
The body’s energy use is regulated by thyroid hormones. This indicates that the illness may result in a variety of symptoms, such as:

The aetiology, the symptoms, and the patient’s general health all factor into the treatment of hyperthyroidism. They could consist of thyroid surgery, radioiodine therapy, or medicines.

As a result of low thyroid hormone production, hypothyroidism develops. It is the most typical thyroid condition and can make the body functions sluggish.

To assist control the symptoms, a doctor might advise supplementing the thyroid hormone dosage.

When the hormone cortisol is present in excess, Cushing’s syndrome develops. Cortisol aids in blood pressure maintenance, metabolic regulation, and the body’s reaction to stress.

Symptoms of excessive cortisol in those with Cushing’s syndrome include:

Surgery to remove a tumor that is the problem is the most typical treatment for Cushing’s syndrome.

When the body produces too much growth hormone, acromegaly results. It may cause the bones, organs, and other tissues all over the body to grow oddly. It may result in, for instance:

Radiation therapy, surgery, and medication may all be used as treatments to shrink the tumor that is the cause of the disease.

An imbalance in reproductive hormones may result in PCOS (polycystic ovarian syndrome), which affects the ovaries.

It can cause symptoms that include:

Osteoporosis is the weakening of bone tissue and decreased bone strength that results in frail bones. The wrist, hip, spine, and other skeleton sections become fracture-prone as a result of osteoporosis. Falls can have detrimental effects on a person’s health if they have osteoporosis.

It can cause symptoms that include:

It may result in symptoms such as: