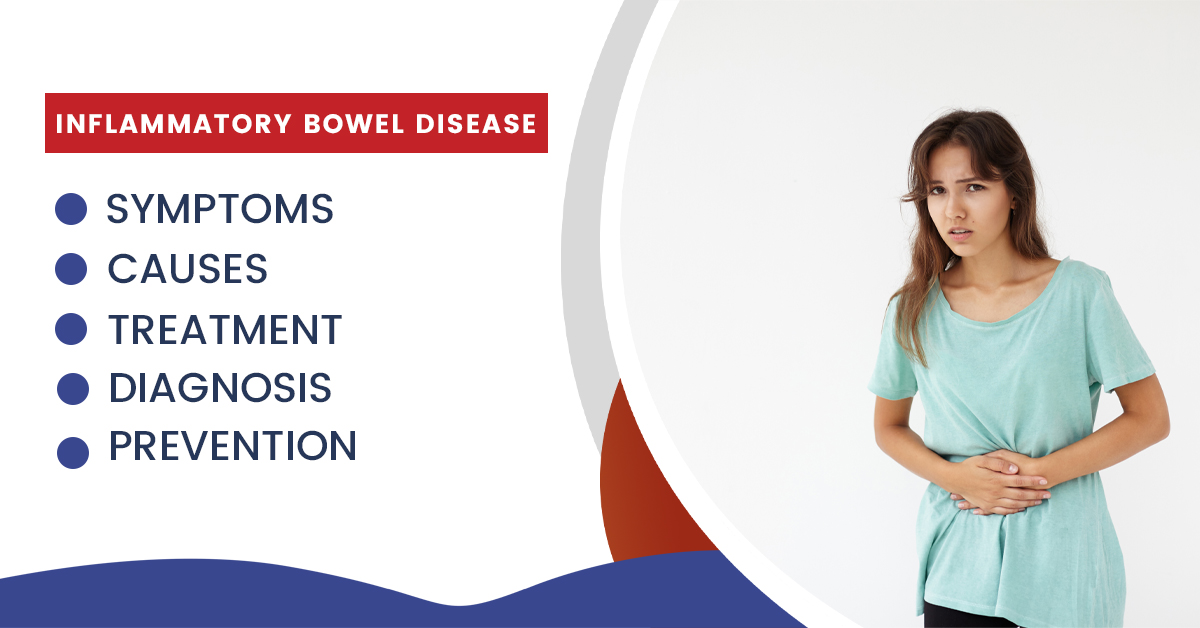 What is Inflammatory Bowel Disease (IBD)?

A series of illnesses known together as inflammatory bowel disease (IBD) results in persistent inflammation (pain and swelling) in the intestines. IBD encompasses ulcerative colitis and Crohn’s disease. The digestive system is affected by both types of IBD. Some treatments can be used to treat this chronic illness.

It is important to note that inflammatory bowel disease symptoms vary according to the location and level of inflammation. Mild to severe symptoms are possible. Intervals of remission generally follow periods of active sickness.The following symptoms and signs are common to both Crohn’s disease and ulcerative colitis:

Rarely, IBD may also cause:

IBD’s precise cause is not known. However, several things can make you more likely to get Crohn’s and UC.

People are substantially more likely to contract IBD if they have a parent, sibling, or kid who has it.

IBD could be impacted by the immune system as well. Normally, the immune system protects the body from pathogens—organisms that cause infections and disorders.
An immunological response may be induced by a bacterial or viral infection of the digestive tract. As the body tries to mount an immunological defence against the invaders, the digestive system swells up in inflammation.

It is well known that smoking is a major risk factor for developing Crohn’s disease. The pain and other symptoms of Crohn’s disease are also exacerbated by smoking. However, nonsmokers and former smokers are the primary victims of UC.

IBD can occur at any age however, it typically manifests before the age of 35.

Urban dwellers and citizens of industrialised nations are more likely to acquire IBD. IBD is more prevalent among people who live in northern climes, where it is frequently chilly. Residents of industrialised countries also end to eat more fat and processed food, which is linked to the development of IBD, even in geographical regions around the world.

IBD often has an equal impact on males and women. A study found that UC is typically more prevalent in men over 45 than it is in women in the same age range. On the other hand, women above the age of 14 and girls are more likely to get Crohn’s disease.

The medical history may raise a suspicion of IBD, but the results of diagnostic tests will ultimately determine the diagnosis. The examination may involve:
Inflammatory bowel disease is diagnosed by your doctor based on your symptoms and the results of several examinations and tests:

What are the complications of inflammatory bowel disease (IBD)?

Treatments for IBD differ depending on the specific kind and symptoms. Drugs can reduce inflammation so you don’t experience symptoms (remission). IBD medications include the following:

Your doctor might advise surgery if diet and lifestyle modifications, medication therapy, or other treatments are ineffective at treating your IBD symptoms.