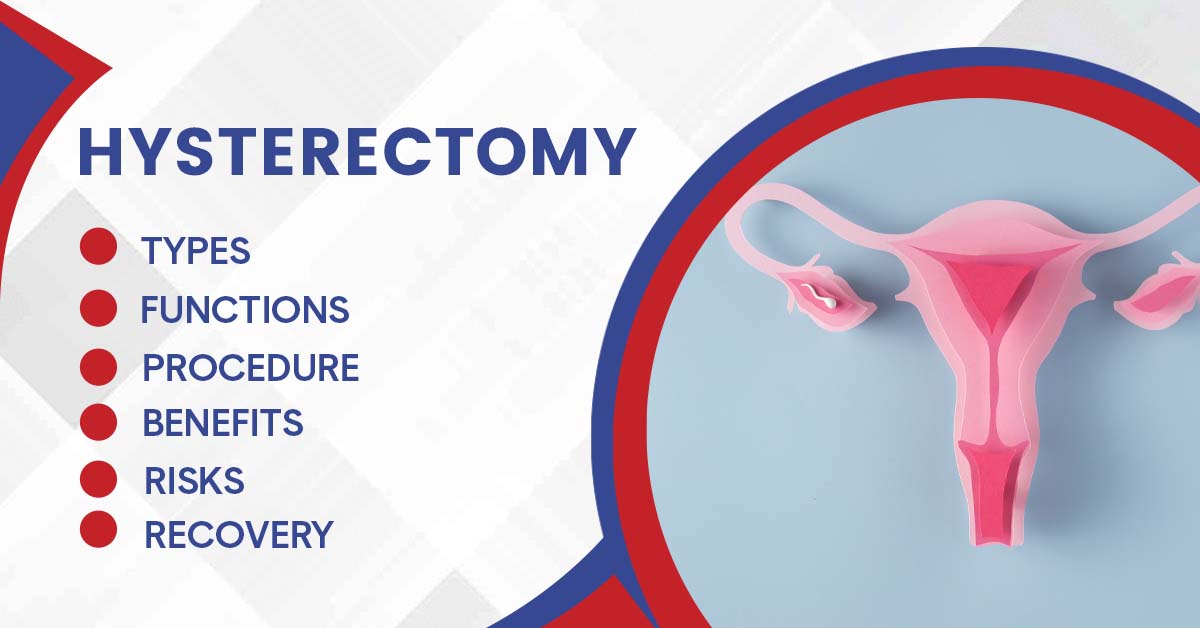 What is a Hysterectomy?

A hysterectomy involves surgically removing the uterus and, most likely, the cervix. Depending on the goal of the procedure, a hysterectomy may require the removal of surrounding organs and tissues, such as the ovaries and fallopian tubes. In the uterus, a baby develops throughout pregnancy. Its lining is created from the blood you lose throughout your menstrual cycle. You lose the ability to get pregnant after a hysterectomy, and you also cease having periods.

Hysterectomies can take many different forms. Depending on why you require the procedure and how much of your womb and associated reproductive system can be safely preserved, you may have one of several types.

The main types of hysterectomy are:

You may need a hysterectomy to treat:

The Procedure of Hysterectomy:

The following are some examples of the various hysterectomy surgical techniques.

You might undergo tests to determine whether you have cancer before surgery, which could alter how your surgeon approaches the procedure.

An anesthesiologist will give you either:

Your healthcare professional may carry out a hysterectomy using one of the following surgical techniques:

In every surgery, issues are treated or avoided. Any type of hysterectomy has advantages over not removing organs, including

You Can Read also: Human Reproductive System in Male and Female

There is a slight possibility of problems, such as

After a vaginal or laparoscopic hysterectomy, recovery usually takes three to four weeks.

Recovery from an abdominal hysterectomy can take between 4 and 6 weeks.

Age and general health are other factors that affect how quickly someone recovers.

The recuperation process can be aided by modest exercise, such walking.

After the procedure, a person usually stays in the hospital for 1-2 days before going home to heal. Depending on the type of hysterectomy, this period may change. A stay of 1-2 days may be necessary after abdominal surgery.